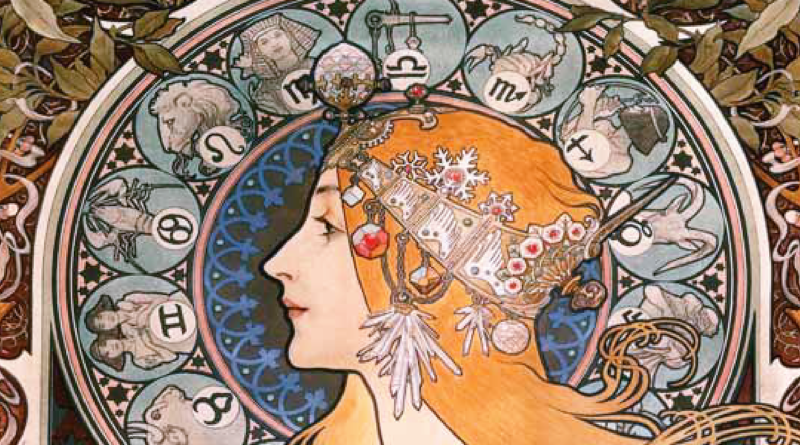 Horoscopes are fun because they’re all about you. But what makes it more exciting is when they are about someone you know or want to know…

Are you wondering if your next online Pisces sign match will be the perfect date? Or finding out why you were having issues with your feisty Scorpio ex-boyfriend? If horoscopes are good for anything, it’s getting a glimpse — good or bad — into the men and women we love.

Different signs attract, some more than others. So it’s good to know exactly what you’re getting into (and on to). Relationships aren’t always cut-and-dried, and sometimes we need a little bit of help from the dark side of the moon.

You’ll be following an Aries for the rest of your life. Independent, impulsive, strong-willed and incredibly spontaneous, Aries tend to demand a life of constant movement — and they make sure you can’t help but love to watch them leave.

They may be impatient and quick to anger, but it’s only because they’re so passionate. They are the life of the party — which is good, because you love to party. The passion will intoxicate you (along with the drinks they’re always serving). You will become a slave to their desires and ventures, trying desperately to get a seat on the ride.

But if you’re welcomed aboard, it’s up to you to hold on.

Is there anything sexier than a man or woman who knows how to get the job done? They are strong, energetic, and tenacious. Though they can be a bit stubborn they are also incredibly supportive, sympathetic, and patient to your needs.

Because of their perseverance, people born under Taurus tend to be leaders in any industry (and in any bed) they try to enter. They’re modest about their feats, but you’ll find they have plenty under their belt.

If you get with a Taurus, expect to be wined and dined. People born under Taurus tend to have excellent hosting skills and a desire to pamper the ones they love. They like to be surrounded by beautiful things, and they’ll make sure you’re one of them. They’re all about spreading hard-earned money on top of some smooth love (especially in the bedroom). They are very generous with their time — especially in the bedroom.

If you want some tongue action, seek out a Gemini. Their charisma is infectious, and accomplishments will inspiring.  You’ll love to hear a Gemini speak, as they are a natural motivator; Quick-witted, affectionate, and imaginative. You’ll crave and devour the stories of people born under Gemini. Be careful, however: For all their charm, they do tend to have sharp tongues. But they will apologize as soon as they realize you’re hurt.

Their duality nature makes them elusive and desirable. But they might leave without warning, and you’ll soon realize all their tales are simply evidence of a fabulous and fleeting life. Pron to mood-swings, there’s always that looming thought that you may soon just be another story to them.

A Cancer is best described as “predictably unpredictable.” You never know what you’re going to get because they are tough nut to crack. People born under Cancer jump the line between independent and clingy, soft and hard, detached and wildly emotional. You might jump into a relationship with a Cancer because you’re attracted to the wildness of it.

The Cancer’s traditional, tender, loyal and free-spirited nature doesn’t come without a cost: their indecisiveness. A Cancer is as hard to let go as he or she is to love. You can’t help but crave the consistent inconsistencies that live inside people born under Cancer. There’s a reason that Tom Cruise is their leader.

A Leo is that guy at the bar who can get you home without buying you a drink first. If you’ve never met a Leo, be warned: He will charm the pants (and other things) off you.

People born under Leo radiate energy and warmth. Because they are incredibly powerful and have a strong influence around then, they’re natural magnets. Because of this, they’ve developed very keen dating profiles — and a bit of an ego. If this ego develops, a Leo can become addicted to the attention.

People born under Leo have a tendency to fall for praise and will seek it out if necessary. Ignoring your Leo for too long might prompt him or her to find someone else. Don’t protest your Leo’s departure too much, since this sign is notorious for never admitting a mistake.

If you’re into good head game, always go after a Virgo. There’s nothing sexier than a man who knows how to give good brain. Inquisitive, analytical, and naturally intuitive. They work well with others and aren’t afraid to speak your mind (even when it’s unwarranted).

Whether in bed or the street, people born under Virgo can typically solve any problem. They’ll impress you with their vast stores of knowledge and a seemingly bottomless toolkit.

They aim to uphold truth, purity, and goodness; it’s easy for you to draw answers and emotions from people, which often makes you the “therapist” of your friend group…and they remember everything. They like to take problems head on, and watching them roll up their sleeves can be a huge turn on.

If you want someone to understand the depths of your soul, seek out a Libra. People born under this sign tend to be very sensitive, and they’ll take the time to get to know you — even when you feel your mysteries have been plundered already. They try to stay as balanced as possible and often weigh both sides of an argument before sharing your opinion. They aren’t pushy or forward, so if you’re looking for someone to take control, don’t look to them.

This isn’t to say a Libra won’t be there for you when you need the support. But they will be there when you’re ready to debate philosophical and emotional problems.

However, understand that people born under Libra like to make you swoon right before they leave the building. The moment you feel comfortable enough to stand up to them is often the moment they prove you wrong.

They are incredibly charming, stylish, and emotional and  pay a lot of attention to their looks and love to surround themself with beautiful things, which can sometimes come off to others as being vain.

People born under Scorpio can be dark. They can burn you faster than they can charm you. Intense, confident, and elusive. They have a deep sense of self and a bold, complicated personality that is often misunderstood.  They can be a bit forceful and argumentative, but it’s only because they love challenges.

They are perfect for people who seek complicated relationships full of ups and downs. Living their life of extremes is tempting because when it’s good, it’s really good. They find comfort in going out on a limb, and they don’t shy away from being emotional or coming off as “the weird one.”

Like most people with a dark side, they pull you in with their alluring force and create a tornado of emotions and drama. This can be addictive for a while, but you may find yourself scared of the very person you love.

If you’re attracted to the kind and gentle nature of people, you find a Sagittarius. People born under Sagittarius will smother you with affection and love, and they won’t be scared to open up to you. At the same time, a Sagittarius tends to confide in a lot of people. You’ll have to get used to sharing.

Your Sagittarius partner’s dark side will challenge you and keep you on your toes. If you lie to a Sagittarius, expect to see a few bridges burned. They’re looking for honesty, not another one of your bullshit stories.

Adventurous, focused, and optimistic. You’re a dreamer, but you have a problem with patience and expect quick results. You don’t really like to be tied down by people or things. When faced with failure or setbacks, you work tirelessly to beat the odds and make a comeback. You have been known to use the phrase “what you see is what you get.”

If you’re looking for a Denzel Washington, you’ll be drawn to a Capricorn. People born under Capricorn are stoic in nature and rigid in their beliefs. They don’t open up easily, and their closed lips keep people guessing. Is there anything sexier than silence?

Like our favorite leading men, Capricorns are passionate when they’re going after something they love. But on the other side of that love is a world of hate. Be careful.

Adventurous, focused, and optimistic. You’re a dreamer, but you have a problem with patience and expect quick results. You don’t really like to be tied down by people or things. When faced with failure or setbacks, you work tirelessly to beat the odds and make a comeback. You have been known to use the phrase “what you see is what you get.”

People born under Aquarius are charmers without realizing it because they are easy-going, artistic, and insightful. They aren’t necessarily suave or smooth; in fact, they’re usually the opposite. They tend to wish they were different, but they’re their most beautiful when they’re not trying to be anything at all.

Their little manners, minor habits and unique ways of being entrance you. They have a different way of looking at life and the people they love.  They are great communicator and love to learn and grow — and the sexiest trait is that they are always seeking out new ways to be a better person.

They will take up any cause and can be extremely helpful and philanthropic, especially when it comes to matters of equality. They are constantly asking “what if?” and come up with the best ideas when faced with chaos.

Whether it be with plans or between the sheets, Pisces lovers are flexible. They’re known for being highly sensitive and deeply emotional, often feel emotions that others don’t. But don’t confuse their naiveté for innocence. They have old souls, and their wisdom is not be to overlooked, however, if they’re threatened, they will attack.

They are honest, selfless and incredibly trustworthy. Though they have no problem hanging behind-the-scenes, they will not let people walk all over them. They’re down to follow you, but they won’t ever let you step on them.