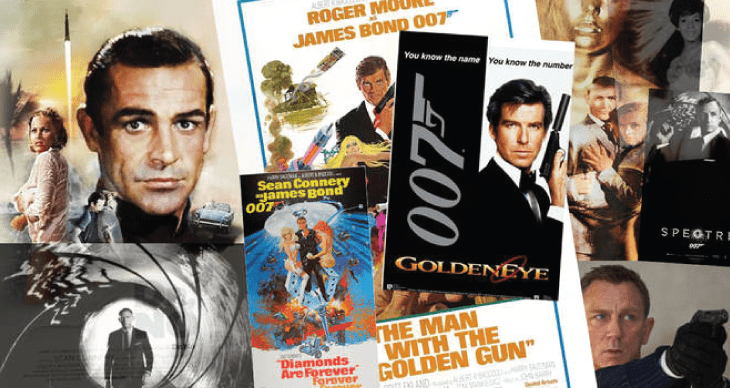 James Bond is an iconic spy. No matter which actor plays the character, movie buffs just cannot get over the charm and thrill Bond singlehandedly brings to the screen. However, if you feel that Bond movies do well on the box office just because of the protagonist’s dapper looks, thrilling story line, and action-packed sequences, you are mistaken. The soundtrack of the Bond movies has played a pivotal role in contributing to their worldwide success. No other thriller and spy genre movie soundtracks and theme songs have become as famous as those of the Bond movies.

Personally I think most of the recent theme songs have pretty much been shit songs for a long time now. Note how the composers stopped being consistent around the times the songs began to suck. It seems like the franchise owners pretty much stopped overseeing the quality of the music, opting to pick the flavor of the day, regardless if the performers understood what makes a Bond song memorable. Chris Cornell was the last good one… he got it right. It’s not that all the theme songs have been phenomenal; some songs couldn’t deliver the thrill that we resonate with a Bond movie while some were so good that they raised the bar for future theme songs.

Please note that we are just reviewing the official Bond movies’ theme songs, and omitting those that didn’t make it to the final cut. Such as Radiohead’s theme song for Spectre wasn’t used in the movie; therefore, we didn’t rank it.

So, here is the ranking the top 26 theme songs of the 007 franchise for you, from worst to best.