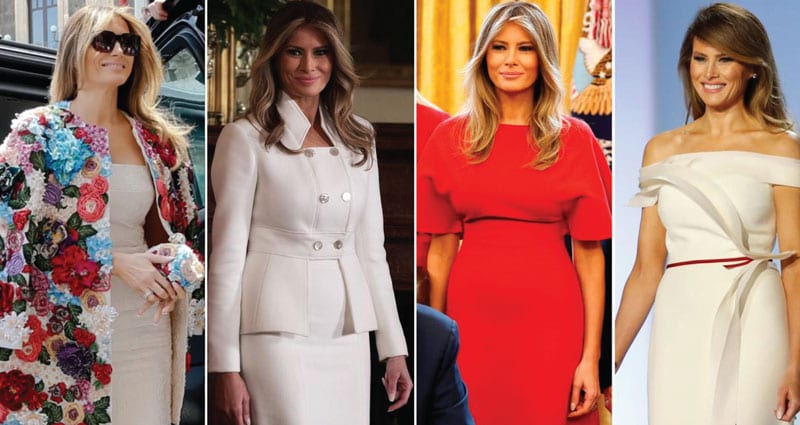 Whether you love her husband or hate him, there’s no denying that Melania Trump is by far the most stylish FLOTUS we have had since Jackie Kennedy. Melania Knauss married Donald Trump (23 years her senior) in 2005, and with that a carte blanche to buy whatever her heart desires. For Melania, that amounted to a rainbow of Hermes’ Birkin and Kelly handbags and access to the world’s best fashion designers… though there are some high-end designers who have come out against dressing Melania because of no other reason than the fact that she is married to Donald Trump.

Though she never reached the “supermodel” status during her brief modeling career, the world’s stage was her runway as she strutted her statuesque 5’11’ frame and elegant sense of style amongst the most powerful leaders around the globe. Before becoming the First Lady of the United States and while her husband was campaigning in 2016, we have seen how Melania’s fashion style have changed over the duration of her time in the White House; from her sexy cleavage revealing low cut dresses to a more conservative well tailored attired as First Lady. Perhaps the most thoughtful and sometimes controversial FLOTUS fashionista we’ve had the pleasure of watching, Melania if nothing else gives a lot of thought as to what she wears for whichever occasion she happens to attend.

Here’s a look back at her best outfits since she became First Lady.