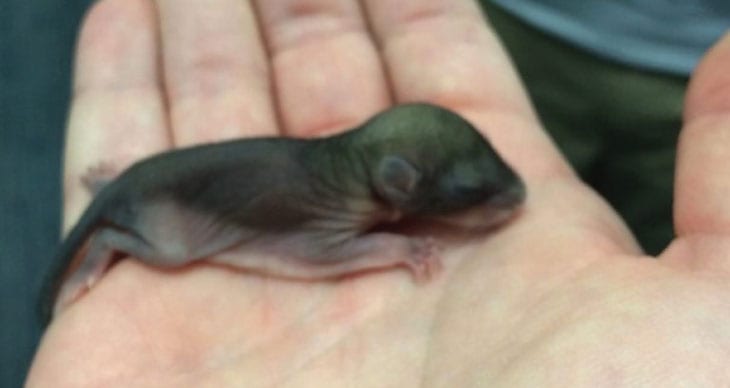 Love is not only a human to human emotion; it can dwell between a human and an animal too. It is said that the love between animals and humans is the purest form of love, without any expectations or conditions. This is the type of love that Jeff Longo, an ordinary Florida man, felt when he found an abandoned baby rodent on the road under the blazing hot sun. Jeff had no idea that the rodent would become such a significant part of his life. The adorable baby animal and Jeff now live a happy, fulfilling life with each other. Jeff became the knight in shining armor who came saved the little infant from being baked by the sun. He often wonders how different things would have been if he had never decided to trust his instincts and pick up the desperate animal in front of him.

If you want to have a sneak peek into the adventures of Jeff and his new pet, then you are in the right place. We have gathered for you a series of incredibly cute photographs along with the story of their journey. Read further to learn how Jeff, a person oblivious to rodents’ nature, could accomplish raising one.

Jeff, an ordinary man from Florida, was minding his own business as he walked down the street in front of his house in the scorching Florida heat. A teeny tiny unusual animal, who was dying under the blistering heat, on the side of the road caught his attention. As he held on to the creature in his hands, he knew that he would take it home without any hesitation. The chances of the baby animal to survive were scant. However, he still promised himself to take care of the furry infant in his hands until it becomes healthier and better as he believed it was his destiny to find it.