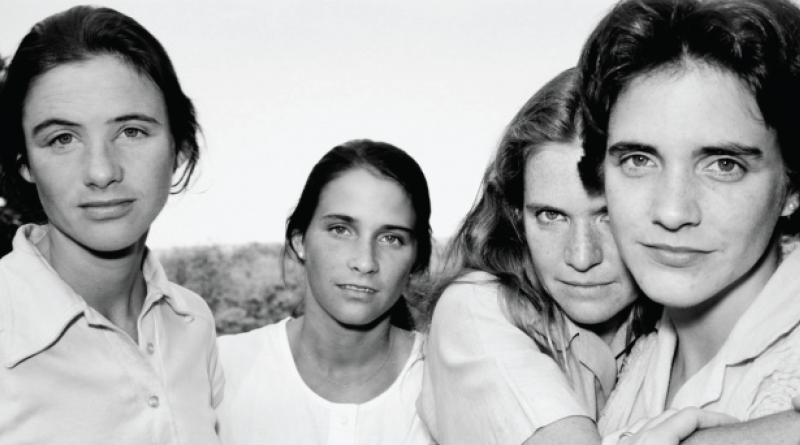 Sisters share a very special bond. Being a sister means being part of a wonderful experience. These four sisters decided to document their experiences in a special series of insightful photographs. Join the four woman as they document their personal lives in a series of incredibly insightful photographs taken over four decades. It all began in the summer of 1974 when Nicholas Nixon visited his wife’s family. He wondered if the sisters would agree to pose for a quick picture and he took the very first image of his wife, Bebe and her three sisters. However he did not keep the 1974 photograph but the following year, he took the first of the photo-series where the four sisters poses in the exact same order in every photo. The only change we see is the location and time. Heather, Mimi, BeBe and Laurie lined up in the same order back then. They have done so for him ever since for forty years showing the passage of time.

In 2014, this series of photographs of the Brown Sisters were part of an exhibition at the Museum of Modern Art in New York. In subsequent years, Nicholas Nixon has exhibited the photographs at the National Gallery of Art, the Cincinnati Art Museum and the Modern Art Museum of Fort Worth. He has also exhibited the photographs internationally. They also appear in Nixon’s book, “The Brown Sisters.” Nixon, born in 1947, earned a bachelor’s degree from the University of Michigan and a master’s degree from the University of New Mexico. He teaches at the Massachusetts College of Art and Design.