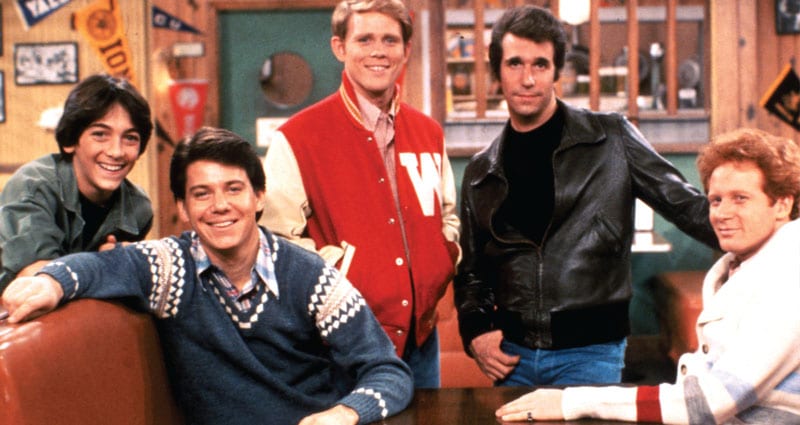 Airing from 1974 – 1984, Happy Days, the television sitcom ran for 11 seasons. Many spin-off shows were produced after Happy Days, which was a television series about an American family from the 1950s to 1960s. The spin-off shows included Happy Days Gang, The Fonz, Mork & Mindy, Laverne & Shirley and Joanie Loves Chachi. America’s favorite sitcoms, Happy Days, had us all excited and ready to scream for our heartthrobs but I bet you didn’t know these facts about the show that we’re about to reveal.

“Begin Slideshow” to find out these tidbits facts about the Happy Days.

Garry Marshall, the fame show’s producer and writer had initially wanted Micky Dolenz (former Drummer of the Monkees) to play Fonzie’s role but some physical factors like Dolenz’s height after he had auditioned for the role (he was too tall for the character of Arthur Herbert Fonzarelli) made him choose Henry Winkler instead.