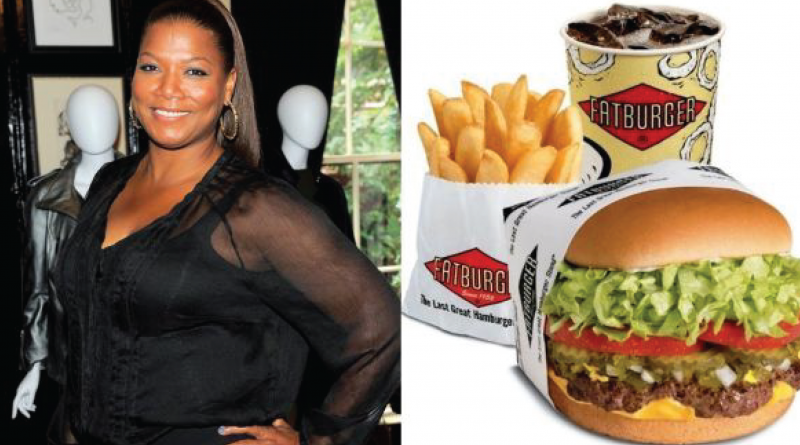 Your favorite fast-food joint might be operated by a celebrity.

Famous people from Mark Wahlberg to Pitbull have entered the food business. Some have launched their own restaurants, while others run franchises of popular chains.

Click ahead for 26 actors, athletes and musical artists who own fast-food and restaurant chains.

Fatburger has burgers that get you fat. It’s not just a clever name. It’s a reality. With thick greasy burgers and even a burg with a fried egg on top, Fatburgers will fatify your ass in .5 seconds flat. And yes, they are totally delicious. Apparently this sentiment is shared by both Queen Latifah and Kanye West who have snatched up a few Fatburger franchises, adding the fast food chain to their many conquests in and out of the music industry.

The Mark Wahlberg story lives up to the phrase, “started from the bottom.” From Marky Mark and the Funky Bunch to his many box office hits, there’s no ceiling to his success in music or film. That’s probably why he invented his own burger joint. In 2012, the Wahlbergs opened the first Wahlburgers in Massachusetts. Mark brought on his two brothers Donnie and Paul as partners, along with Rick Vanzura, former Executive Vice President and Co-Chief Operating Officer of Panera Bread. Now, according to EATER, the Wahlbergs are preparing to expand the burger franchise into California.

With his brothers Donnie and chef Paul, actor and former musical artist Mark Wahlberg opened a burger chain called Wahlburgers. There are locations in 19 states and in Canada and the United Kingdom.

Fans of Mark (who starred in “Boogie Nights” and “The Fighter”) and the brothers and their burgers can get an inside look at the chain on the A&E reality series “Wahlburgers.” The show entered its 10th and final season in 2019.

The Grammy Award winner revealed that tasty factoid back in August 2015 in an Us Weekly “25 Things You Don’t Know About Me” feature.

Even though Nobu isn’t necessarily a fast food spot, there are several locations around the world. Modern day wiseguy and legendary actor Robert De Niro is a co-founder of the popular high-end eatery, and according to CNN Money, De Niro worked with Chef Nobu Matsuhisa to build the worldwide Nobu empire. In 2016, it was reported that both Nobu and De Niro oversee more than 30 different Nobu restaurants around the world.

Parrotheads are likely familiar with Jimmy Buffett’s Margaritaville restaurants, but the singer also has several Krispy Kreme franchises in Florida

Pitbull loves local Florida chain Miami Grill so much that he partnered with the company back in 2012. In addition to sandwiches, the chain serves gyros and chicken wings.

The Latin hip-hop artist also owns a steakhouse that opened earlier this year called iLov305, an homage to Miami’s area code and his nickname, Mr. 305

Rapper Rick Ross owns nine Wingstop franchises around the U.S. and raps about its lemon pepper wings in his songs, according to Boston.com.

He also purchased a Checkers in his hometown of Carol City, Florida.

Rick Ross isn’t just the boss in hip hop- he’s stacking up tons of cash in the chicken biz too and it sounds like he’s planning a wing takeover. Rick says he instantly knew … “That’s not your regular colored chicken” — which is why he now OWNS a bunch of franchises. How dedicated is the Maybach Music boss to Wingstop? Back in 2011 …press got a shot of him outside a Memphis branch … hours after he’d suffered 2 seizures!

Music icons Gene Simmons and Paul Stanley want to open 100 locations of their franchise – a burger and pizza joint that serves as a tribute to the love of rock music and craft beer – over the next five years. Lofty ambitions, perhaps, but they’ve opened three in the past year (including one in Cabo). Stanley is an avowed foodie, and Simmons is nothing if not a master at merchandising the KISS lifestyle.

With locations around the U.S. and in the Mexican state of Baja California Sur, the chain serves burgers, wings and a wide variety of beers, many from local brewers.

Earvin “Magic” Johnson is better known for his moves on the basketball court, but the legendary Lakers player has also made a name for himself in the business world. Through his billion-dollar conglomerate Magic Johnson Enterprises, he has invested in companies like Best Buy and Jopwell, a platform designed to promote diverse hiring and recruiting. Magic Johnson Enterprises also opened 29 Burger King restaurants.

Rapper and New York native Nas partnered with John Seymour, the owner of the chicken-and-waffles chain Sweet Chick, to help expand the brand in his hometown and beyond.

Sweet Chick is a full-service restaurant rather than a fast-food chain, but it’s slowly earning name recognition thanks to its stellar soul food

We may know Kanye West for his musical talent or his passion for ranting on any platform. Whatever the case, he’s pretty involved in the fast-food business. The self-proclaimed genius is more business savvy than most people give him credit for. While he’s making millions off his Adidas Yeezy line, the rapper/producer also has his own food company. In 2007, KW Foods LLC reached a partnership with Fatburger to open up nearly one-dozen Fatburger locations in Chicago and other large cities across the United States. While only a few actually opened, the rapper’s success in the burger industry was marred by his inability to keep doors to his franchises open.

Although West’s Fatburger restaurants have closed, he reportedly bought 10 Burger King franchises in Europe as a wedding present for Kim Kardashian

Food Network celeb Guy Fieri has opened a variety of restaurants ranging from a steakhouse to a family-friendly bar and grill chain.

The Mayor of Flavortown’s latest endeavor is Chicken Guy!, a fast-food chain specializing in fried chicken tenders. Currently, you’ll have to visit Disney World in Orlando, Florida, to check it out, but Fieri is planning to expand it nationally in the future.