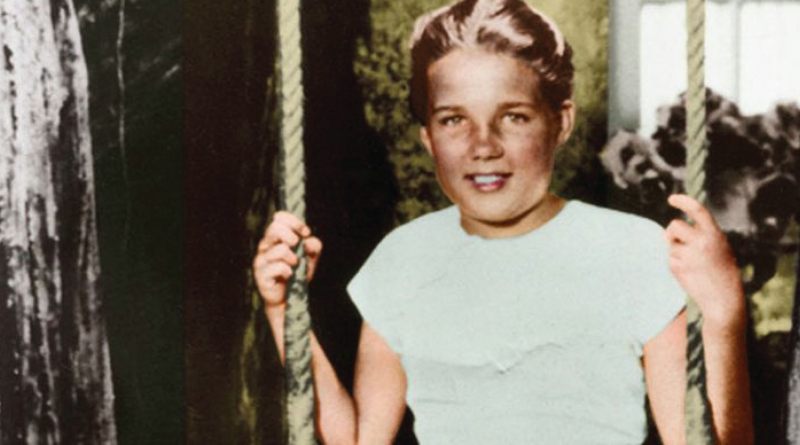 A missing child is every parent’s nightmare and, snatching away someone’s child is the worst crime ever. The growing number of missing children is certainly a cause of

concern. Usually, such cases never get solved and parents keep waiting for their children to come back home.

But, there are examples where parents didn’t need to wait long. We have listed 13 such cases for you. These children could escape after spending years in captivity because of relentless investigation, help from the public, prayers of their families, and sheer luck.

Rosalynn was kidnapped at the age of 12 and was held captive for two decades. Ironically, she wasn’t kidnapped by a stranger but by her own stepfather Henri Piette. Piette abducted his former stepdaughter from school and held her as a sex slave. He sexually assaulted her almost daily and she gave birth to 9 children during captivity. Her life was extremely difficult as she was subject to regular beatings apart from being threatened, raped and abused. Piette could evade detection by constantly shifting her to different towns across the US and eventually settled down in Mexico. McGinnis was able to return to her home in Kansas City, Missouri after an alert couple helped her escape.

The 14-year old Elizabeth was abducted by Vinson Filyaw in 2006. Filyaw kidnapped her by posing as a cop when she from going home from a bus stop. She was held captive for ten days.

On December 28, 1992, Katie disappeared just two days before her 10th birthday. Her captor lured her by promising to give birthday gifts and took her to a family friend John Esposito’s home in Bay Shore, New York. She was able to leave a voice message on her godmother’s answering machine to inform her that she was kidnapped by a man holding a knife. Beers had to live under Esposito’s garage in a 6×7 foot concrete bunker equipped with only a handful of basic amenities including a commode toilet, mattress, and a TV. The garage was well-protected by a concrete trap door weighing 200-pounds. Beers was regularly chained to prevent escaping, and she spent her time playing with other children in the dirt left behind when the bunker was being built.

She was able to reunite with her parents on January 13, 1993 after Esposito told the police about the bunker. Later, he admitted that he built the bunker for Beers and even raped her during captivity. However, he wasn’t charged for the crime.

Shasta Groene’s entire family was brutally murdered by Joseph Edward Duncan III in May, 2005. Brenda Groene (her mother), Slade (her thirteen-year old brother), Mark McKenzie (her mother’s fiancé) were all killed by Duncan after which he took the eight-year old Shasta and her nine-year old brother Dylan to his Montana campsite. He sexually abused both the children and shot Dylan soon after while he kept Shasta enslaved for 7 weeks.

A security guard Thomas Hose held the thirteen-year old Nicole Kach-McCrum captive for around a decade. He used to work at the same school that Nicole attended. Hose kept her under strict curfew where she was allowed to go outside only occasionally. After 6 years, Nicole requested a neighbor to call the cops, which led to the arrest of Hose. He pleaded guilty to several offenses including involuntary deviant sexual intercourse and received 5 to 15 years jail time.

In May 1996, Sabine was going to school on her bike when she was abducted by Marc Dutroux, a habitual child rapist and killer. He held her captive in a filthy dungeon where she was chained, sexually abused and tormented brutally for 80 days.

Elizabeth was 14-years old when she was kidnapped at knifepoint in June 2002 from Salt Lake, Utah. Her abductors Wanda Barzee and Brian David Mitchell drugged and raped her repeatedly for nine months. She is now a well-known advocate for survivors of kidnapping and rape.

If there is someone children blindly trust, it is their parents. However, the shocking case of Elizabeth Fritzl proves that even parents can be the tormenters.  Elizabeth was like any regular 12-year old when in 1984 her own father Joseph Fritzl took her to their home’s soundproof basement and held her captive for nearly 24 years. He built the basement himself, perhaps for this very purpose. Elizabeth was repeatedly raped and gave birth to seven children while in captivity.

Six of her children survived; she now lives a luxurious life in Northern Austria and has cordial relationship with her mom.

In the mid-70s, a 12-year old Canadian Abby Drover was kidnapped and held captive by her neighbor for six months. She was able to free herself after the abductor’s wife informed the cops about her husband’s strange behavior. Drover lives a low-key life with a new name and initially didn’t want to get involved in the trial of her captor. Eventually she testified against him and he was imprisoned. He died in 2006 in jail.

In 1991, Phillip and Nancy Garrido abducted the eleven-year old Jaycee while she was on her way to school. She remained in captivity until 2009 during which she was subjected to rape and bore Phillip’s children.

During August 24 and 25, 2009, Phillip visited the University of California campus accompanied by two girls, who turned out to be his daughters. His unusual behavior sparked suspicion among investigators. His parole officer ordered him to visit a parole office in Cocncord, California along with the girls. He came along with a woman who was identified as Jaycee Dugard. It was later learned that Phillip was a convicted sex offender.

Frank La Salle kidnapped Florence Sally Horner in 1948. Horner remained in captivity for 21 months. Soon after she was rescued, she met a terrible accident and died.

On October 6, 2002, Michael John Devlin abducted the 11-year old Shawn Hornbeck and held him captive for 4 years and 3 months. Shawn was miraculously rescued when on January 8, 2007, Devlin tried to kidnap a 13-year old boy Ben Ownby but a 15-year old neighbor witnessed the kidnapping and even saw a crying Ben sitting inside a truck. The boy contacted the police and this is how Shawn was rescued along with Ben.

The 44-year old Wolfgang Přiklopil abducted the 10-year old Natascha Kampusch while she was on her way to school. She was kidnapped on March 2, 1998 and remained in captivity until August 23, 2006, exactly eight years and five months. During this time, Natascha was held hostage in a secret seller and managed to escape when Přiklopil was busy washing his car.

After finding out that Natascha has escaped, Přiklopil committed suicide by throwing himself over the railway line.

Fusako Sano was 9 years old when she was kidnapped by Nobuyuki Sato. He locked her up in his bedroom, where she spent nine years and two months of her life. Sato’s 73-year old mother lived in the same house but never suspected anything. However, one day Sato’s mother noticed unusually strange behavior of her son and called the doctor, which led to the rescuing of Sano.

The 7-year old Stayner was kidnapped by Kenneth Parnell, who was a convicted pedophile. While in captivity, Stayner was repeatedly raped by Parnell, got his name changed to Dennis, and was enrolled in different schools. At the age of 14, Parnell told him that he was too old for him and he abducted 5-year old Timothy White.

However, Stayner didn’t want anyone else to go through the same traumatic experience, so he escaped with the boy in 1980. He couldn’t adjust to life after going through such experience and got addicted to alcohol and drugs. At just 24 years of age, Stayner had a motorcycle accident and passed away.

This case is remembered as the Aerial Castro Kidnappings. The abduction took place between 2002 and 2004. Castro kidnapped Michelle, Amanda, and Georgina who remained confined to his residence in Tremont, Cleveland until May 6, 2013. Amanda was able to escape along with her 6-year old daughter, whom she gave birth during captivity. Once out of the reach of Castro, Amanda contacted the police and within merely hours Georgina and Michelle were also rescued while Castro was arrested. He was sentenced to life and 1,000 years in jail without any option of parole, but he committed suicide one month after his imprisonment.

Jayme was 13 when she was kidnapped by Jake Thomas Patterson on October 15, 2018 from her family home located in Barron, Wisconsin. Patterson invaded her home and killed her parents before taking her away to another house located in Gordon, Wisconsin, approx. 70 miles away from Jayme’s home. She remained in captivity until January 10, 2019 when she managed to escape. Patterson received two life sentences and an additional 40 years without the possibility of parole.