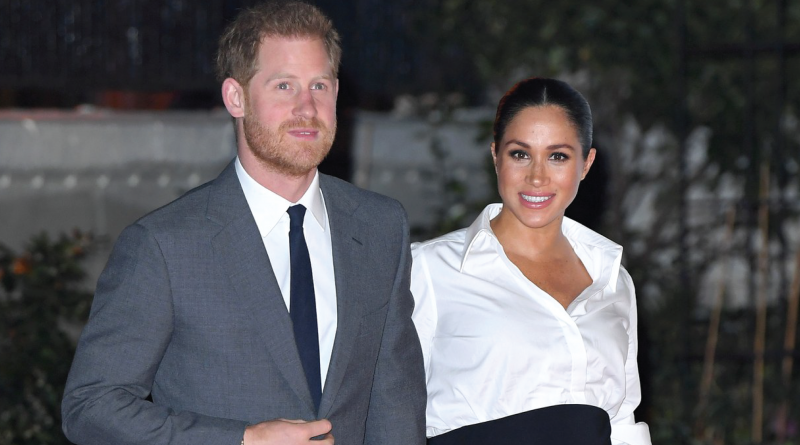 Meghan Markle gave birth to Archie Harrison Mountbatten-Windsor on May 6, 2019 at The Portland Hospital, London, United Kingdom. The bouncing bundle of joy is the

first child for Meghan and Prince Harry and the fourth grandchild for Queen Elizabeth. The baby will be seventh in line to the throne.

Meghan and Harry are unlike any other royal couple—especially when compared to his brother and sister in law, Prince William and Catherine Middleton. For one thing, Meghan is American. She’s also older than Harry, biracial, a former actress, and was married before.

The couple shattered the rules of the old school royal family when they fell in love and married. However, there are a number of rules that Meghan and Harry have to follow for her pregnancy and with the baby. The following are 10 weird royal baby rules that Meghan Markle must follow.

In general, pregnant women are advised not to fly during their last trimester. But as a royal, Meghan is banned from any type of overseas travel during their entire pregnancy. Now of course, Meghan and Prince Harry were in Australia when they confirmed that they were pregnant, but since then, Meghan has been relegated to the UK.

Well, sort of… The above image was taken of the Duke and Duchess of Sussex meeting with King Mohammed VI in Rabat on their final duty tour when Meghan had just entered her 3rd trimester.

2. Keeping the Baby’s Gender a Secret

Prince Harry and Meghan will follow royal tradition and wait to find out whether they’re having a baby girl or baby boy until the birth. Royal watchers (and the rest of the world) will find out the baby’s gender a few hours after Meghan gives birth. That’s not a problem for Meghan as she has said that she didn’t want to know the baby’s gender early anyway. Prince Harry, on the other hand, admitted that he was hoping for a daughter. During an event at the Invictus Games in Sydney in October, a woman in the crowd yelled, “I hope it’s a girl!” Prince Harry replied, “So do I!”

3. The Queen Was the First to Know

Before the birth, it was confirmed that Queen Elizabeth was the first person after Meghan, Harry, and the medical team to know about the birth of the baby. When Prince William has called the Queen to tell him his kids were born he has done so on an encrypted phone. Once the Queen has been told, the royal couple’s staff will then tell other high profile people, such as the prime minister.

4. There Wasn’t a Baby Shower

It isn’t forbidden by royal protocol to have a baby shower, but it just isn’t done. This is mostly because the British royal family is quite wealthy. Queen Elizabeth alone has an estimated net worth of $600 million, so there is nothing that they cannot go out and buy themselves. Since a baby shower is partially meant to help expecting parents outfit their nurseries, it would just be considered tacky.

4.5 Yet, the baby was feted with a shower — American style!

Baby showers are a fundamentally American tradition, so Meghan’s friends decided to throw her an epic shower in the heart of one of her favorite cities: NYC.

5. The Baby Will Be Wrapped in a Knitted Blanket

It is very likely that when Prince Harry and Meghan debut their baby to the public, he or she will be swaddled in a knit blanked made in Nottingham, England. Prince Louis was the most recent royal baby to be wrapped in the blanket made by G.H Hurt and Son. The blanket is officially called the Nottingham Lace Knitted Baby Shawl. You can pick one up for the baby in your life on the company’s website for a bit over $90.

6. The Baby Will Be Named After Royals

One thing is for sure, Meghan and Harry’s baby will not follow the trend of celebrities choosing unusual names for their babies. There will be no Chicago or Apple. Members of the royal family name their children after royals with traditional names.

Prince Harry’s full name is Henry Charles Albert David. Diana chose his first name, while Prince Charles chose the rest. Harry is named for his father and the names Albert and David are traditional family names for the royal family.

7. The Queen Had a Say in the Name

As head of the royal family, Queen Elizabeth were consulted when Harry and Meghan started considering names for their baby. It isn’t a super strict rule, but most royals like having the Queen approve their name choice.

8. The Baby’s Christening Has a Dress Code

All royal babies are christened in a Victorian style gown. The original gown was made in 1842 during Queen Victoria’s reign. It was used until a bit more than a decade ago when it was determined it was too fragile to be used anymore. Prince George, Princess Charlotte, and Prince Louis were christened in a replica, as Prince Harry and Meghan Markle’s child will be.

Those are the basic rules that Meghan Markle has to follow for the royal baby. We’ll include one more—what colors did Meghan and Harry decorate the nursery in?

Many parents choose to decorate the nursery in shades of pink or blue—or when they don’t know the sex of the baby before birth—yellow. However, Meghan and Harry decorated their baby’s nursery in shades of grey and white in keeping with Meghan’s preference for sleeker, more modern décor.